Vishwa Sharan and Nguyen Dinh Du, of Grant Thornton Vietnam, discuss the transfer pricing challenges, among others, and the economic value created while rendering management services in multinational enterprises.

It is common for a multinational enterprise (MNE) group to centralize their pool of services under a management company. Apart from their independent business, the principal role of such management companies vis-à-vis group operation is rendition of management services to group companies.

The management company generally houses key decision-makers along with a specialized team for each function enabling them to perform focused services. This expertise with huge intrinsic value at a centralized location benefits other group companies in the form of management services. Typically, services fall under the following broad categories: finance, accounting, IT, human resources, marketing, etc.

The arm’s length principle is the transfer pricing standard to be used for setting inter-company pricing by MNE groups.

Management charges are tax deductible and are complex to analyze, therefore, perceived as a corporate planning tool for cash repatriation. The revenue authority often determines the value of services as nil, based on the perception that a company does not need such services, thereby disallowing genuine business expenses. This results in emanation of transfer pricing disputes.

Pre-conceived notion of tax avoidance in the structure may not be the right way of looking at the issue. The revenue authority should consider the commercial rationale for using such services.

Inbound management service charges are often seen in a corporate structure in Vietnam where management companies are located outside of Vietnam.

Under this arrangement, the Vietnamese entity may be performing routine to complex operations while the management company may be performing simpler functions. Therefore, the foreign entity, i.e. management company, as the simpler entity, should be considered as the tested party. However, in Vietnam, the Vietnamese entity is often considered as the tested party disregarding characterization of entities. This approach may not be consistent with principles of selection of the tested party under commonly recognized transfer pricing regulations.

Also, a management service transaction is benchmarked by aggregating with all other transactions and adopting the comparable profit method (CPM) as the most appropriate method. This is based on the premise that management expenses being part of a profit and loss account are automatically benchmarked in an aggregated approach under the CPM.

In contrast, the ideal approach would be to carry out a transaction-by-transaction approach for the purpose of benchmarking. Further, if a foreign entity is the simpler entity for which reliable data is available with least adjustment required, it should be adopted as the tested party and bench marked with foreign comparables.

The critical issue underlying management charges is to validate that services have been provided and have resulted in a direct and proximate economic value addition and benefit.

A company has to demonstrate that the services received were critical to the company’s operation, and corroborate the legitimacy of such services. Justification of charges and substance in a transaction is more challenging from the point of view of the service recipient than the service provider. Therefore, it is prudent for a company to maintain evidence of services in the form of communiqués, reports, studies, research materials, etc.
From a transfer pricing perspective, it becomes important to demonstrate the economic and commercial benefits derived or accrued from using such services.

The term “benefit to a company” in relation to its business has wide connotations and may not be determined with precision on a measured scale. It is possible that benefits emanating from the effort that has been put in by the management company may come with some lag.

Even if a cheaper option is available in the open market, a business may still prefer an in-house service because no one understands the essence of the business better than the in-house team. A focused in-house team is developed over time, and therefore able to provide a seamless service. Further, the benefit of an in-house team is that it is available immediately and often without an additional retainer fee.
Such non-monetary benefits and commercial rationales should be considered while analyzing transactions of management services and associated charges.

Shareholders’ services, such as preparation of financial statements, meetings of the board of directors, are performed because of an ownership interest and are not marketable in an independent market. Therefore, such services do not require separate compensation.

Depending on commercial practicality, the company may have technical, management, and accounting teams and yet still engage further expert services. One such service may be second line support services. The company at a local level may have basic technical expertise, while a management company may be catering to critical technical services as second line support. Also, it is not uncommon for a company to seek a second opinion on critical matters.
The company has the full right to enter into an arrangement in such a way that its business interests are best supported. The revenue authority cannot disallow such expense on the ground that it was not required by the business.

Similarly, an entity may have a lawyer or consultant on a retainer, but the entity may not use such services during the year. The revenue authority, without considering the commercial rationale, may compute the value of services as nil. It is relevant to note that the value of retainership is the comfort of it being at the disposal of the business, and not merely on the actual services rendered. Therefore, it is important that each service is analyzed diligently from a commercial point of view.

Similarly, an absent contract in an independent scenario should not be a reason to disallow expenses. The fairness of the expenditure should be judged from the business’s perspective. The revenue authority should not step into the shoes of an entrepreneur to decide the commercial need of such services.

The management company may be catering to several entities in various jurisdictions. Therefore, from the arm’s length perspective, the proportionate cost incurred towards each of the beneficiaries from the common pool should be identified.

The revenue authority generally questions on appropriateness of cost base, markup and substance in the transaction. Therefore, the company should maintain proper books and, where possible, obtain an accountant’s certificate justifying the cost allocation methodology. The local company should document commercial substance, capability of the team and the qualifications, CV and roles and responsibilities of the expert at the management company responsible for rendering services.

If it is determined that the transaction lacks substance, it may be disallowed.

If an employee of the management company works exclusively for a particular beneficiary entity, his cost could directly be allocated only to that entity.

While the direct charge method is preferred and should be applied wherever possible, the MNE should not be burdened with identifying cost when it is commercially unfeasible, time-consuming or involves unreasonable expense.

In contrast, cost apportionment is adopted based on certain value drivers wherein the proportionate value of services cannot be quantified except on an approximate or estimated basis. Value drivers are the elements which are core to an activity which cause, or are responsible for, the cost of an activity. An inappropriate value driver may result in allocation of cost that is disproportionate to the economic reality.

An extensive interview of the group companies could help to identify suitable value drivers. Once total costs, including direct and indirect, are determined, this can be topped up by an appropriate arm’s length mark-up.

Cost plus mark-up is the most popular pricing arrangement, whereby the functions performed are mostly non-core and supportive in nature.

However, a management company performing functions which are critical for the operation of the local company may adopt return on sales as a basis for compensation to reap the benefit from its increased involvement in business operation. Under this arrangement the company steps out of the realm of support functions to more critical functions of decision-making and managing day-to-day activities. This is typically seen in companies operating under the franchisee model.

Charging management fee from a loss-making local company is normal in the ordinary course of business. The management fee, if charged for non-core and supportive functions, does not necessarily mean a company will be profitable. However, in the long run the management fee for a loss-making operation needs to be analyzed looking at whether the loss was due to an operational reason, or because of a higher management charges (leaving little profit).

In this scenario, the company needs to document the reason for loss and the business rationale for sustained usage of such services. While designing the pricing model, the MNE may consider granting a moratorium for charges for the initial years until the company becomes profitable.

In a typical scenario, a management company may incur cost initially for one company based on the local requirement, which can later also be used by other entities with little modification. In such cases, the management fee from all entities may be justified irrespective of origin of service request.

However, if the same is used on an “as is” basis by other entities, the management charge needs to be analyzed in detail. The question is whether the need for services would have arisen for other entities as well. Irrespective of origin of request, if all the entities actively felt the need for services then it would not be fair to allocate the entire cost to the entity that made the request and not to the other beneficiary entities also using the services. There is no plain vanilla approach—the outcome will be different for each case.

With growing competitiveness, management services are a commercial requirement. The tax authority should be understanding of this business need and analyze the transaction with open mind.

The onus is on the company to show the arm’s length nature of the transaction.

A simplified approach for low value-added services as suggested by the Organization for Economic Cooperation and Development would be key in reducing litigation. Considering such transactions are often litigated it would be a good idea for the tax authority to give clear guidance or provide immunity under safe harbor for simplified transactions.

This article is of general nature only and readers should obtain advice specific to their circumstances from professional advisers. 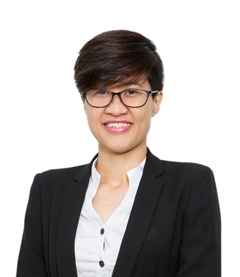