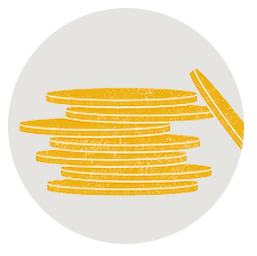 In Grant Thornton’s 6 monthly Private Equity Survey released this week 86% respondents forecast that the level of investments will increase in the next 12 month. Although the results were unchanged in comparison to that of Q2-2015, the number of participants citing “Significant increase” has risen from 7% to 11%.

The outlook has been supported by various developments, including the two legislative changes promoting private sector to participate in the government’s infrastructure projects through TPP and increased foreign ownerships limits in listed companies, AEC and TPP. In particular with the latter two, Vietnam ranked second among AEC members and ranked first among TPP members to receive more investments after joining, according to the assessment of the American Chamber of Commerce.

With regard to the AEC, it is expected that Vietnam will receive more FDI on the back of the removal of non-tariff barriers and the reduction to zero of 90% of the goods currently subject to tariffs, and a reduction in the others between now and 2018. In connection to TPP, the participation will help Vietnam integrate into the global supply chain and also increase its trade volume with major economies such as Japan and the US.

When asked about the level of investment attractiveness of Vietnam in comparison to other neighboring countries, the country has been ranked second by25% of respondents. The top spot still belongs to Myanmar which has been considered as a new investment destination, especially after its successful general election, through which the democratic party has finally taken over the control of power from the military.

The raking is also supported by the ASEAN Business Outlook Survey 2016 conducted by the American Chamber of Commerce. According, to this survey for Vietnam, the positive outlook for investments is due to the availability of low cost labor, personal security and stable government and political system. In this survey, Vietnam ranked third, while Myanmar and Indonesia ranked the first and the second respectively.