Valerie Teo and Nguyen Tan Tai of Grant Thornton Vietnam discuss the tax implications for foreign-sourced income and the possibility of claiming a tax credit for foreign taxpayers in Vietnam.

In this article, we discuss the PIT implications for foreign-sourced income and the possibility of claiming a tax credit against tax payable in Vietnam.

According to the tax regulations, an individual is regarded as a Vietnamese tax resident if he/she is:

- present in Vietnam for 183 days or more in a calendar year or in 12 consecutive months from the first day they arrive in Vietnam; or

- having a permanent place of residence in Vietnam, particularly:

A Vietnamese PIT declaration and payment is applied on a withholding basis. If the foreign individual receives income from an overseas organization which has no legal office established in Vietnam, the individual should register for issuance of their individual tax code and directly file the tax declaration and pay tax to the Vietnam tax authority.

Business income includes income from production, trading of goods, services provision, etc. Business income of a business individual being a tax resident in Vietnam is subject to value-added tax (VAT) and PIT as follows:

Tax rates will vary depending on the nature of goods and services supplied.

Meanwhile, when a foreign individual being a Vietnamese tax resident enters into a service agreement, their employment income is subject to Vietnamese PIT at the rate of 10%.

A tax resident who earns income from overseas and paid taxes on such income as per the tax laws of the host country where the income is generated can be entitled to a tax credit against Vietnamese tax payable. The foreign tax for crediting should be the same kind of tax imposed in Vietnam, i.e. PIT. The amount of tax creditable is capped at the lower of the foreign tax paid and the Vietnamese tax that would have been payable on the same foreign-sourced income according to the Vietnamese tax scale.

Creditable tax shall be credited against the total tax liability of the individual at the year-end PIT finalization. Documents are required to support the claim.

In principle, in order to claim for foreign tax paid, taxpayers being tax residents of Vietnam are required to submit an application to request foreign tax credit to the managing tax authority where they work or reside, together with the year-end tax finalization dossiers.

Documents in foreign languages must be translated into Vietnamese and notarized and legalized by the competent authorities.

If for certain reasons an individual taxpayer does not have all the documents as required by the law and by the tax authority, they must provide a proper explanation in the application form, for the tax authority’s consideration and approval.

Document requirements may not be specifically consistent among regions in Vietnam due to differences in tax practices applied by tax authorities in different localities. Typically, a foreign tax credit application dossier is not reviewed or approved at the submission phase, it will usually be reviewed upon tax audit conducted by the tax authority. Rejection of tax credit can lead to tax arrears, late interest, and administrative penalty.

From our observation, an application for foreign tax credit would normally face considerable challenges at the stage of tax declaration, as well as subsequent tax audit.

For instance, at the declaration stage, supporting documents for foreign tax paid are strictly required to be in the Vietnamese language. As such, all documents in foreign languages must be notarized, legalized and translated into Vietnamese in accordance with the regulatory requirements. Failure to do so will lead to rejection at the declaration stage, thus leading to waste of time and efforts for revision.

During a tax audit, taxpayers can also face other issues, due to differences in tax legislation between host countries and Vietnam, for instance:

A proper understanding of the challenges involved is essential to minimize the possibility of a tax credit being rejected.

Valerie Teo is a Tax Partner and Nguyen Tan Tai is a Tax Manager of Grant Thornton Vietnam. 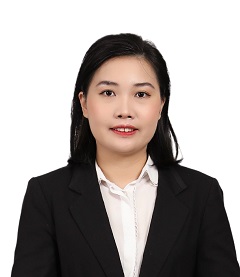 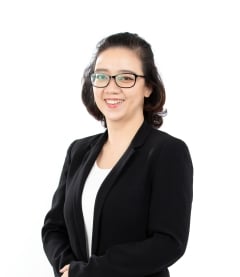