In this newsletter, Grant Thornton would like to discuss whether the foreign artists, singers, athletes, football players and supermodels have to pay Personal Income Tax (“PIT”) for their performances in Vietnam?

Pursuant to the Vietnamese laws, income derived from participating in performances of culture, art, sports; advertising service fee; other service fee; other remuneration; and benefit-in-kind such as hotel, transportation, etc. shall be considered as taxable income in Vietnam. Accordingly, the foreign artists, singers, athletes, football players and supermodels shall subject to PIT for the period of carrying out performances in Vietnam. In a case if the Vietnamese organizers pay service fees to the foreign management companies, such service payments shall be subjected to Foreign Contractor Tax in Vietnam.Below are some examples:

Example 1: Further to the invitation from Company V. in Vietnam, a singer, who is a tax resident in South Korea, carries out to perform in a concert in Vietnam and receives a remuneration package of VND500 million. Company V. also pays hotel and private transportation expenses for the singer. Number of days staying in Vietnam for such performances is 3 days. According to the Vietnamese regulations, such singer has an obligation to pay PIT imposed on the remuneration and benefits-in-kind (i.e. hotel and private transportation expense) in Vietnam.
Example 2: A Korean singer comes to Vietnam for performance under the contract between Company V. in Vietnam and Company X. in South Korea (negotiated and signed in South Korea). According to the Vietnamese regulations, Company X. shall subject to Foreign Contractor Tax in Vietnam on income derived from this contract. In the event if the Contract segregating service fee and benefits-in-kind for the singer of Company X., both payments shall be regarded as income of Company X and subject to Foreign Contractor Tax in Vietnam.

Recently, Vietnam has entered into avoidance of double taxation agreement and prevention of tax evasion ("Tax Treaty") with 75 countries/territories around the world. The Tax Treaty will support the elimination of double taxation, classification of income that Vietnam or the other countries may tax; in which, the Tax Treaty usually provides a specific article for artists and athletes. Accordingly, it is very important to review the specific article under each Tax Treaty in order to determine whether the individual and foreign companies generating income from performances shall subject to tax in Vietnam or not.

If there are tax liabilities for artists, singers, athletes, football players, supermodels deriving income from their performances in Vietnam through payment from the foreign management companies/ football teams, these individuals have an obligation to file PIT directly with the local tax authorities in Vietnam.

The late tax filing in accordance with the Vietnamese regulations may lead to various risks, such as penalties for violating administrative procedures, penalties for late payment of taxes; or in the worse scenario, it could affect the reputation of the artists, singers, athletes, football players, supermodels and foreign management companies in the event the tax violations are published in the media.

With many years of experience in supporting artists, singers, athletes, football players, supermodels, as well as the foreign management companies, foreign football teams in compliance with the Vietnamese tax regulations, Grant Thornton Vietnam is pleased to advise and assist to ensure the accuracy and compliance of PIT liabilities, or to apply the Tax Treaty appropriately for each specific cases.
Please contact Grant Thornton Vietnam’s professional tax advisors for specific support. 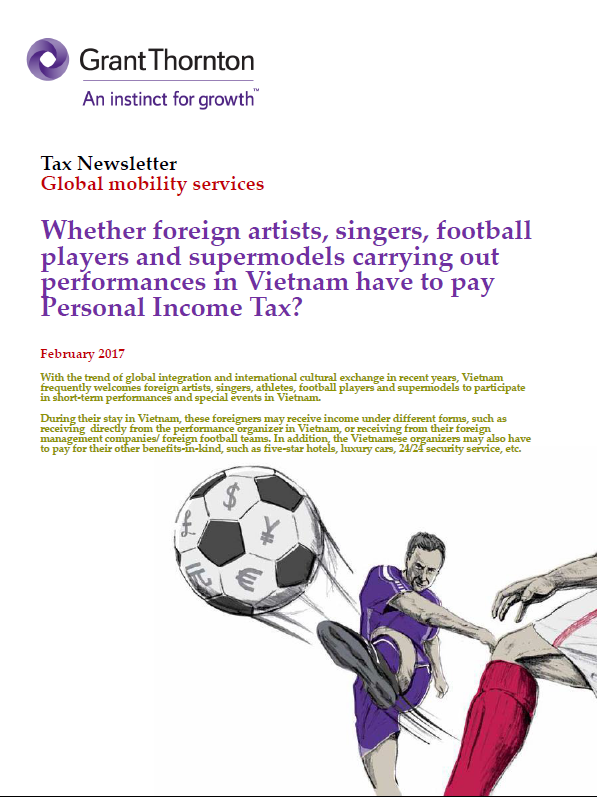 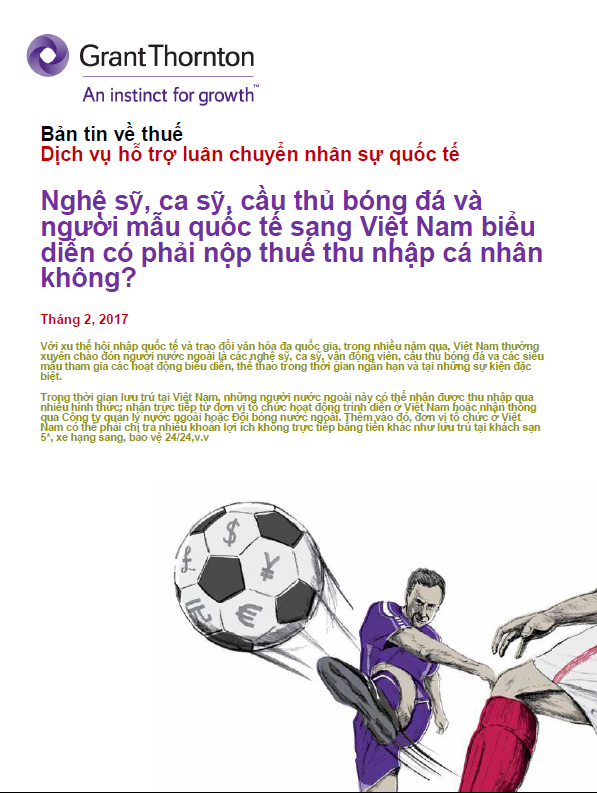 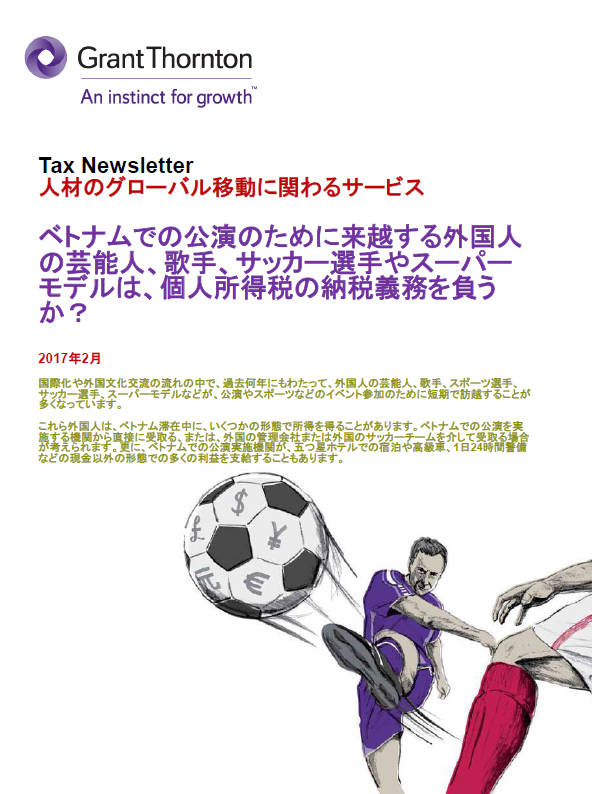 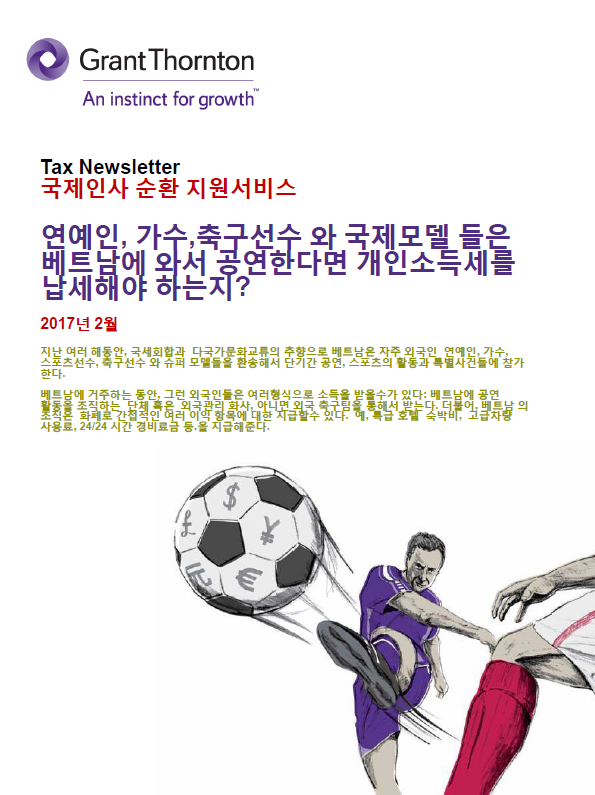