On 02 October 2017, Hanoi Tax Department issued Official Letter No. 65143/CT-TTHT to reply to the queries of enterprises who are members of Japanese Business Association in Viet Nam (JBAV).  The Official Letter includes the following noteworthy points:

For Corporate Income Tax (“CIT”), the expense is deductible given that it satisfies the conditions indicated at Point 1, Article 4, Circular 96/2015/TT-BTC and is specifically mentioned in the written contract or agreement between the enterprise and the employee.

For Personal Income Tax (“PIT”), the expense is treated as taxable income of the expatriate and subject to PIT.

Currently, many companies have difficulties in applying regulations on refuse related to imported materials, scrap, redundant raw materials and supplies for processing purposes, in Vietnam due to different points between Decree No. 134/2016/ND-CP (“Decree 134”) and Circular No. 38/2015/T-BTC (“Circular 38”).

In particular, Point 4, Article 10, Decree No. 134/2016/ND-CP stipulated: "Refuse, scrap, redundant raw materials and supplies imported for processing under a processing contract shall be exempt from import duties when they are sold domestically provided that they do not exceed 3% of the quantity of each type. However, Value Added Tax, Special Sales Tax and Environment Protection Tax (if any) shall be paid to the customs authority”.

The first difference is that Decree 134 had regulations on refuse, scrap, redundant raw materials and supplies whereas Circular 38 only mentioned redundant raw materials and supplies.  Additionally, the rate of 3% applied to refuse and scrap is not reasonable, in practice, according to the opinions of enterprises as for certain types of imported goods and raw materials, the rate of refuse and scrap when initially imported is higher than 3%.

Another difference is that the tax declaration and payment must be made to the customs authorities in compliance with Decree 134 whilst those must be paid to the tax authorities under Circular 38.

In this regard, on 02 November 2017, the General Department of Customs issued Official Letter No. 7166/TCHQ-TXNK to have a uniform treatment on refuse, scrap, redundant raw materials and supplies imported for processing purpose to comply with Decree 134/2016/ND-CP.

Also, the General Department of Customs has requested the Ministry of Finance to collect opinions from other relevant Ministries and Authorities. Then, based on the result of the opinions collected, the General Department of Customs will submit a proposal to the Ministry of Finance, so that the Government can consider amending and supplementing the regulations appropriately.

The General Department of Taxation has recently issued Official Letter No. 4936/TCT-TNCN dated 25 October 2017 providing guidelines on determining tax residency status of Vietnamese individuals who are assigned to work/ attend training in Japan.  Accordingly, an individual who has permanent residence in Vietnam but is physically present in Vietnam less than 183 days in the tax year will determine his residency status in Vietnam as below: 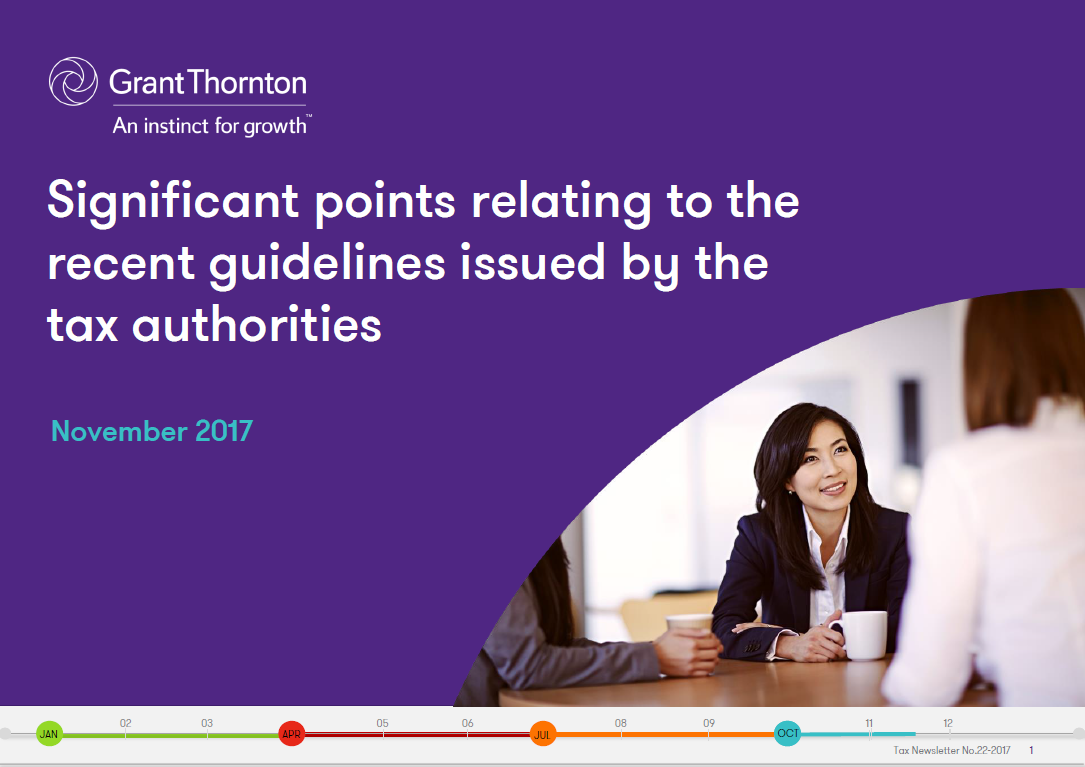 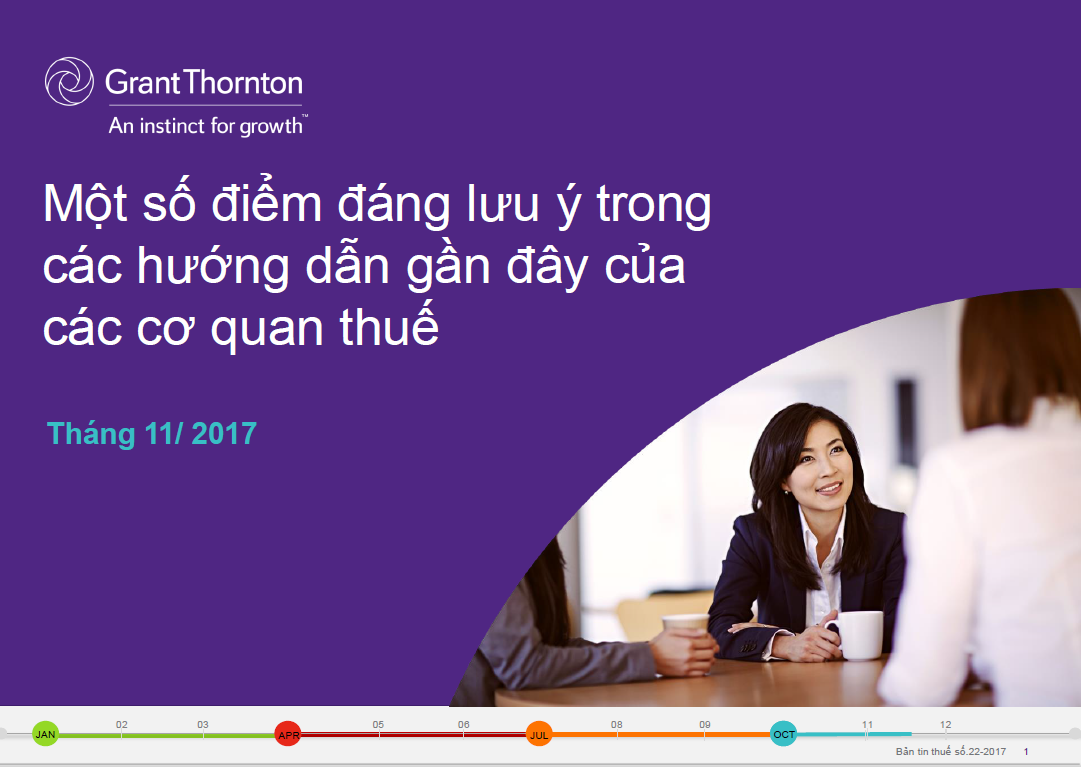 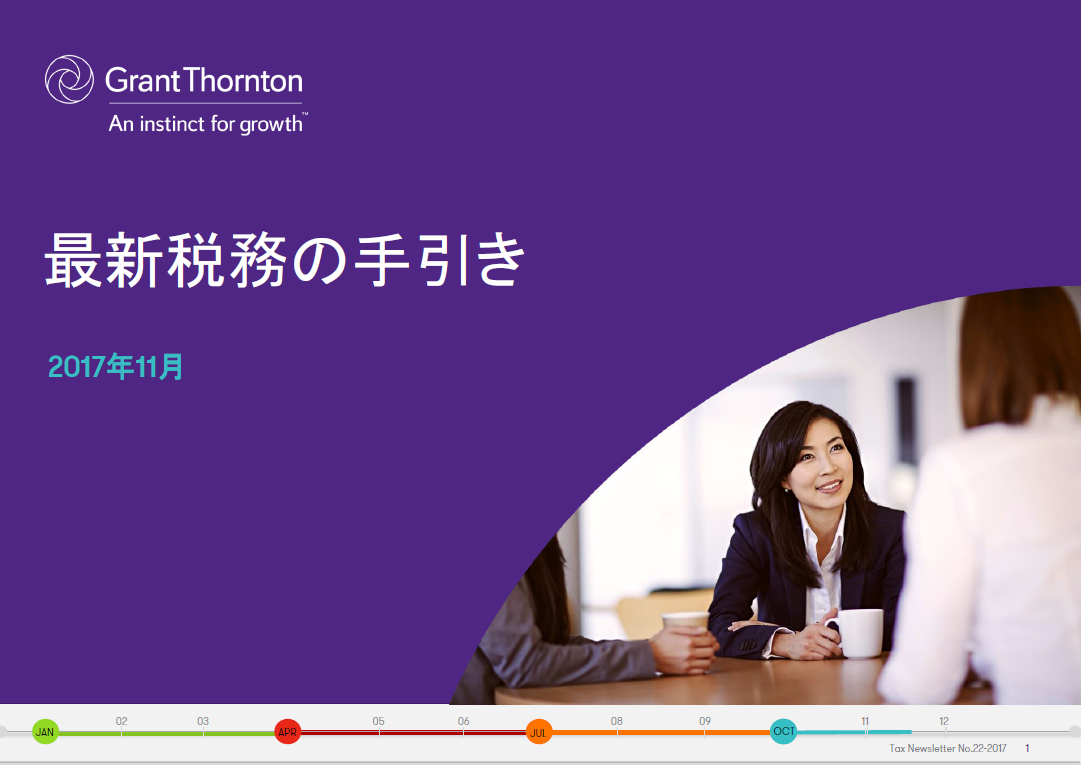 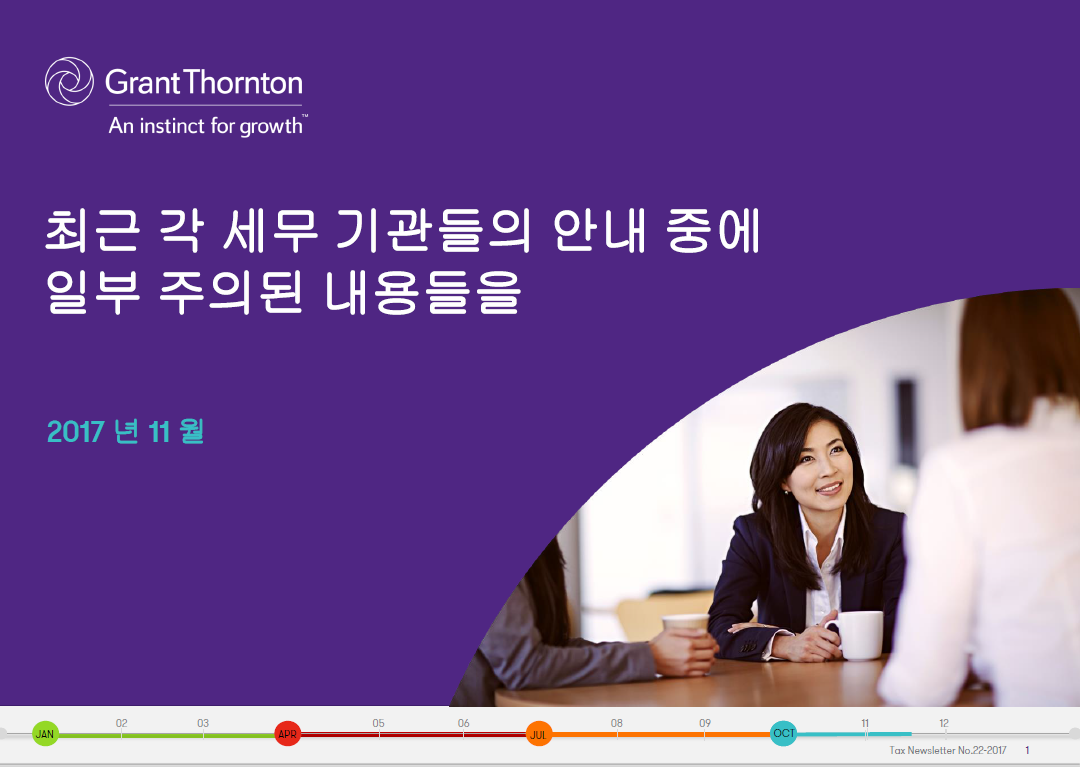