In this newsletter, Grant Thornton Vietnam would like to update the latest regulations and crucial tax policies as follows:

1. Goods imported, then outsourced to another party for processing and thereafter exported is not entitled to import duty exemption

The Ministry of Finance issued Official Letter No. 8628/BTC-TCHQ dated 19 July 2018 on duty exemption for imported goods which are outsourced for processing and thereafter exported.  Pursuant to this Official Letter, the Ministry of Finance confirms that from 01 September 2016 (effective date of Decree 134/2016/ND-CP), the following cases do not meet the criteria for duty exemption:

In the above-mentioned cases, the portion of goods outsourced for processing is not entitled to import duty exemption.

On 02 August 2018, Hanoi Tax Department issued Official Letter No. 54153/CT-TTHT providing guidance on filing Transfer Pricing (“TP”) documentation.  Accordingly, in the event if (i) the branch of tax payer maintain its accounting books independently to record its profit/loss, and (ii) total revenue of the branch is under VND50 billion and total value of all related-party transactions is under VND30 billion, the Branch is exempt from filing TP documentation in accordance with Decree No. 20/2017/ND-CP.

3. Record of expenses relating to Information Technology project formed in a foreign country

This guidance is applicable for Vietnamese company signing a cooperation agreement with a foreign entity to carry out IT project.  According to the agreement, the foreign entity is responsible for labour/employment expense, hardware and software purchasing expense and for provision of attached services to Vietnamese Company to build and operate the project.  The Vietnamese Company and its foreign partner are able to separate value for each type of expense (hardware, software, service) in the agreement.  After the project is completed, the Vietnamese Company makes payment for these expenses to the foreign entity and receives all assets from the foreign entity with detailed information of each asset/equipment including serial number, software license, name of subcontractors and the foreign entity’s confirmation on the Vietnamese company’s ownership of all assets after the handover.   In this case, if (i) those hardware and software meet the statutory criteria to be treated as tangible/ intangible fixed assets, (ii) the Company has legitimate documents proving its ownership of assets and (iii) confirmation issued by the Vietnamese authority on the Company’s legal ownership of the assets is obtained, the Company is allowed to record depreciation expenses of the assets under the current regulation. The depreciation expense which meets the requirements according to the regulation is deductible for Corporate Income Tax (“CIT”) purpose.

In case the Company does not obtain sufficient legal supporting documents to prove its ownership of the server in line with the regulation, the Company is not allowed to record depreciation expense of the assets.

On 09 August 2018, the General Department of Taxation issued Official Letter No. 3065/TCT-KK providing guidelines on issuance of tax code for FCT declaration and payment under hybrid method.  Particularly, in case a foreign trader not having a commercial presence in Vietnam would like to do business in form of foreign contractor without establishing a legal entity in Vietnam and sign contracts with Vietnamese customers, the foreign contractor is obligated to obtain Certificate of export, import right granted by the competent authority.

Upon receipt of the above-mentioned Certificate, the foreign contractor has to register and declare tax under hybrid method in compliance with the regulations. 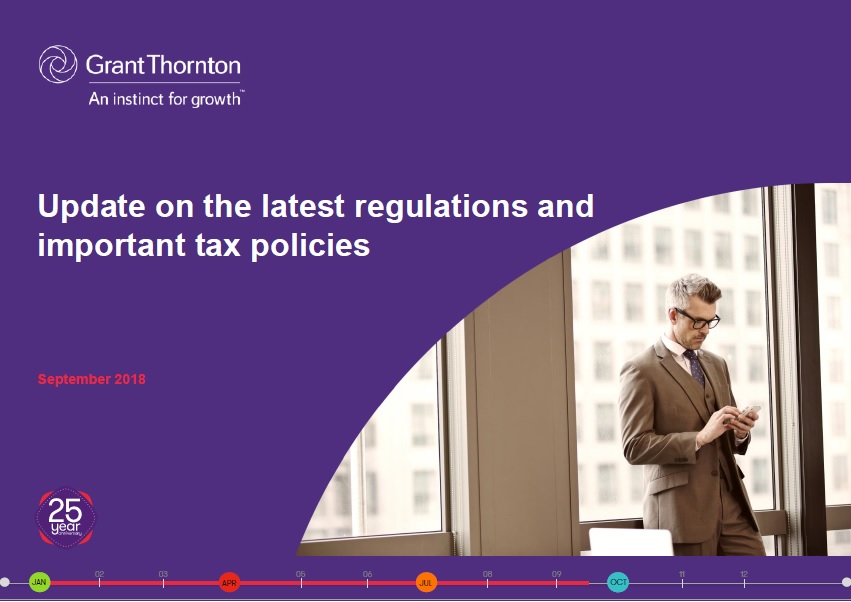