Grant Thornton Vietnam’s Hotel Survey 2015 presents financial, operational and marketing information for the 2014 financial year from a range of Vietnamese 4 and 5 star hotels and resorts.

For simplicity, “Hotel” refers to both hotels and resorts, with our survey covering 4 and 5-Star rated hotels. Statistics are presented by Star Category (hotel rankings), Hotel Size (number of rooms) and Hotel Region (location).

In this year’s survey, we do not include 3 star hotels because of the level of response and change in hotel mix in this category, and we focus on the upscale hotel industry, covering 4 and 5-Star hotels.

This report is prepared to provide readers with a general, as well as specific, view on hotel operations in Vietnam by presenting data covering different criteria for analysis such as hotel facilities, staffing, financial statements and market data. For financial analysis, the

data is shown up to net profit before interest, tax, depreciation and amortisation (“EBITDA”) for the purpose of relevant comparability. The unit of currency is the United States Dollar.

For ease of comparison, the report presents the survey results of each specific category alongside key findings. In the Appendices, readers can also find tables showing the minimum, maximum and mean values of market data for the 2013 and 2014 financial years. This report, however, does not attempt to set operating results for the Vietnam hotel industry. The figures and ratios in this report should not be considered as standards for any type of property. 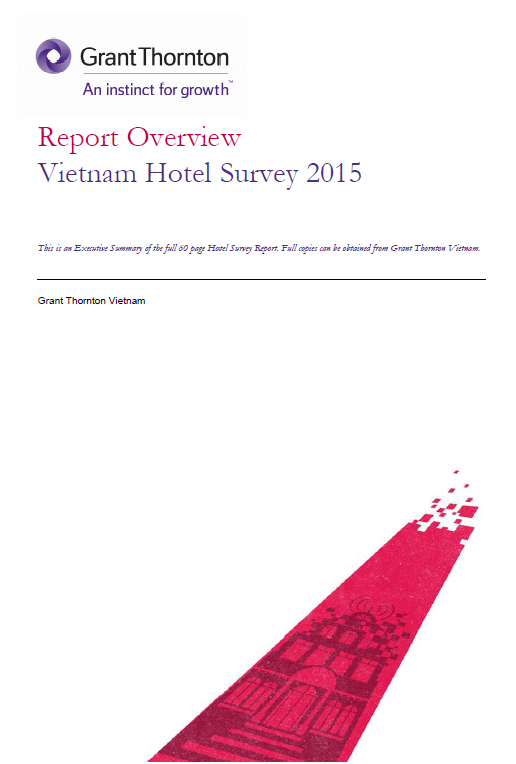 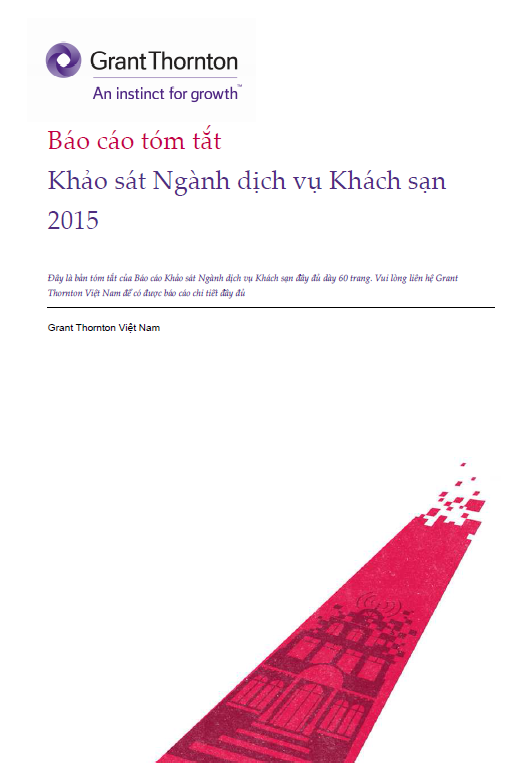