For simplicity, “Hotel” refers to both hotels and resorts, with our survey covering 4 and 5-Star properties. Statistics are presented by Star Category (hotel rankings), Hotel Size (number of rooms) and Hotel Region (location).

Lastly, hotel regions are separated into the three main areas of Vietnam; the North, the Central and Highlands and the South. In the North, the hotel participants are located in the capital Hanoi, Sapa and Quang Ninh City. In the Central and Highlands region, the hotels are located in cities such as Danang, Hoi An, Hue, Khanh Hoa, Quang Binh, Phan Thiet, Daklak and Da Lat. Hotel participants from the South are mainly located in Ho Chi Minh City, Phu Quoc, Vung Tau and Mekong Delta.

In this year’s survey as in last year’s, we do not include 3 star hotels because of the lack of response and change in hotel mix in this category, and we focus on the upscale hotel industry, covering 4 and 5-Star hotels.

Grant Thornton Vietnam’s Hotel Survey 2016 marks the first year in which Grant Thornton Thailand, and Grant Thornton Philippines also conducted a survey among hotels and resorts, in their countries, enabling us to provide insights on the industry performance in other countries in the region.

For ease of comparison, the report presents the survey results of each specific category alongside key findings. In the Appendices, readers can also find tables showing the minimum, maximum and mean values of market data for the financial year 2015. This report, however, does not attempt to set operating results for the Vietnam hotel industry. The figures and ratios in this report should not be considered as standards for any type of property. 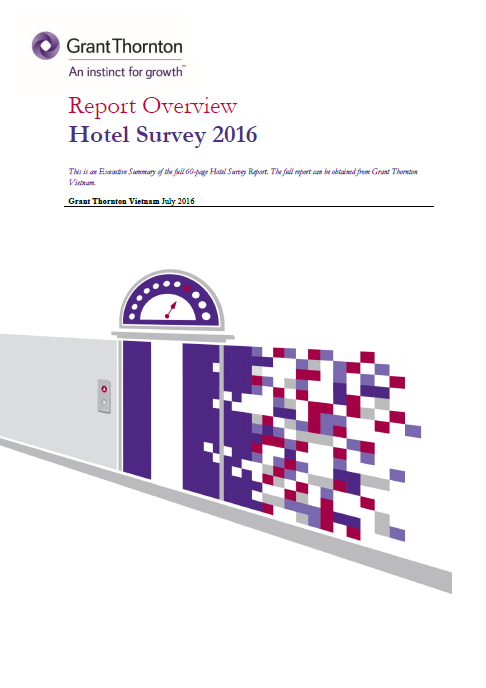 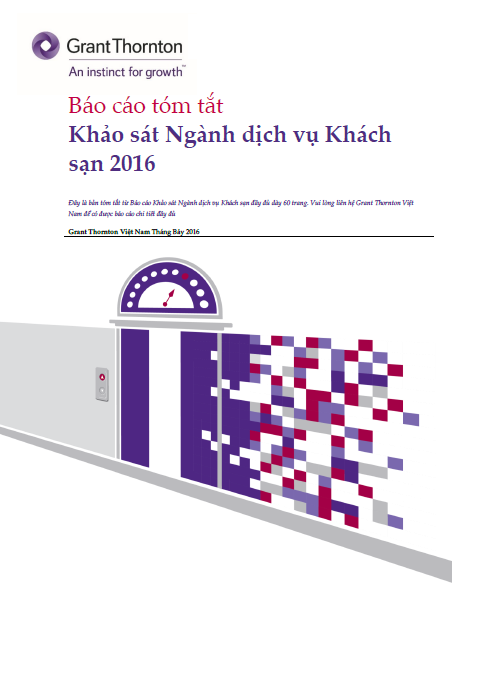 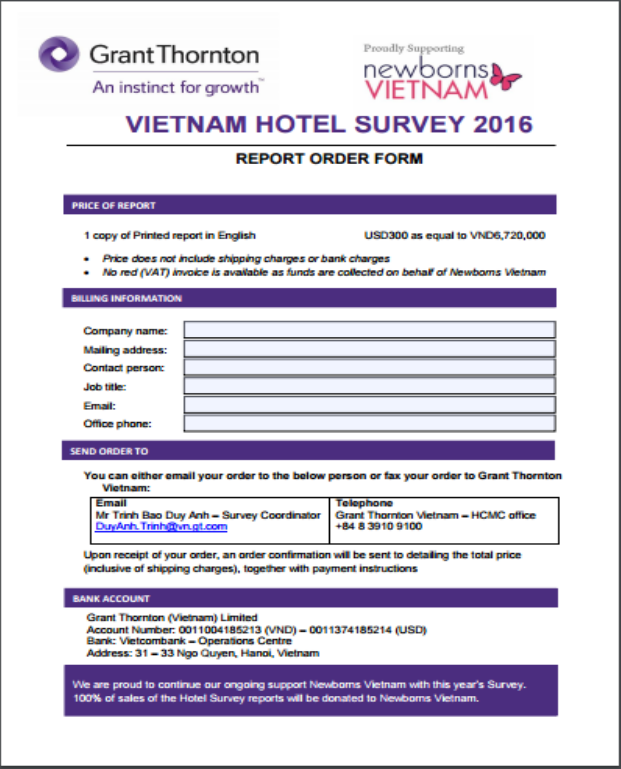