Vietnam has huge opportunities for the development of its travel, tourism and hospitality sector. In 2014 Vietnam received 7.8 million foreign visitors and 24 Million domestic travelers whilst Travel and Tourism contributed directly 4.7% of GDP and totally (direct and indirect) 9.4%. Travel and Tourism is also a major contributor to employment accounting directly for 3.8% of total employment and directly and indirectly 7.4%. These percentages are forecast to continue to grow by 1.8% pa for the next 10 years.

Due to the impact of last year’s East Sea issues and the dramatic drop in Chinese arrivals and the Russian Ruble devaluation foreign visitor arrivals were down 4.1% YoY at the end of October but are expected to show an overall increase by the end of the year.   However in the first half of 2015 domestic travelers showed a massive increase from 24 million to 40 million. In H1 2015 the high end hotel sector (4 and 5 star hotels) showed a 6.5% increase in average room rate to US$84 (4 star US$  84 and 5 star US$ 114) and a 3.7% increase in average occupancy (10% in the South of Vietnam) resulting in a 13.7% increase in Revenue per Available Room (RevPar).

In the first 10 months of 2015 Korea recorded a 31% increase in visitor arrivals to Vietnam with almost 900,000 visitors, whilst China reduced by 25% but still remained the largest inbound market with 1.4 million visitor arrivals. Recent additions of Visa exemptions for citizens of France, Italy, Germany and UK helped boost arrivals from those countries. 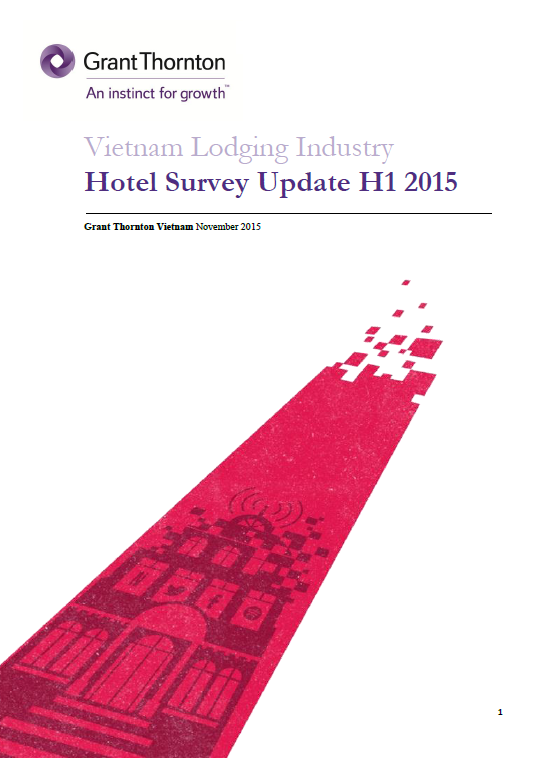