Our global research amongst SME’s in 29 countries (IBR), globally, has shown that outlook indicators have increased in H1 21 now surpassing pre-Covid levels. Double digit increases in the IBR outlook indicators were common across all regions, with most regions setting new records or returning to early 2018 levels. Expectations for exports are particularly strong, with just under 50% of firms expecting to increase exports in the next 12 months, which is encouraging firms to dedicate more resources to non-domestic markets and expand to new markets.

However, the rise in outlook indicators has been accompanied by a rise in “restrictions” on business such as access to finance, and cost of skilled labour and over 50% of firms (in our survey)now see restrictions as a constraint to business.

Economic optimism rose 12 percentage points (pp) in H1 21 on the back of a 14pp rise in H2 2020 and over 66% of firms are now optimistic about the economic outlook, now well above pre-Covid levels. Probably not surprising, employment expectations for the next 12 months are the strongest on record, whilst Revenue and Profit expectations have also increased strongly both up 12pp in H1 21.

However, despite the strong increase in business optimism, economic uncertainty remains an issue globally with 61% of firms citing ongoing uncertainty as a constraint to business. Businesses are also concerned about attracting the requisite skills in the labour market, which is reflected in rising labour costs. Over 53% of the firms also identified rising energy costs as a constraint representing an increase of 8pp over the last survey.

In ASEAN, economic optimism increased 7pp in H1 21 to 64% , slightly lower than the global average of 69%, however this is the highest level recorded in ASEAN since Q2 2018. Revenue and Profit expectations increased 7 and 9pp respectively but below the global figure of 12pp. Unlike other regions export expectations in ASEAN remained unchanged at 43% although this is in line with the global average.  Unlike the global trend there is no expected increase in resources dedicated to non-domestic markets or in the number of markets. As in the global view companies in ASEAN are increasingly concerned about the availability of skilled labour.

Kenneth Atkinson, Founder and Senior Adviser of Grant Thornton Vietnam said: “In Vietnam, whilst mid-market companies displayed amazing levels of health, at the beginning of the pandemic compared to other countries in our survey this has been slowly deteriorating over the last 12 months. In the last 6 months companies have been impacted by worsening barriers to growth, primarily related to economic uncertainty and demand constraints, largely due to the continued outbreaks of Covid. There is some improvement in the general outlook but the elements are mixed with economic optimism and investment intentions strengthening and growth expectations weakening”.

Optimism is up by 8pp with 58% of mid-market companies now feeling optimistic, which is lower than the 64% in ASEAN. Whilst revenue and profit expectations have fallen by 5pp and 4pp respectively over 63% of the companies expect yearly increases in both. Whilst a little disappointing this is still above the ASEAN averages. 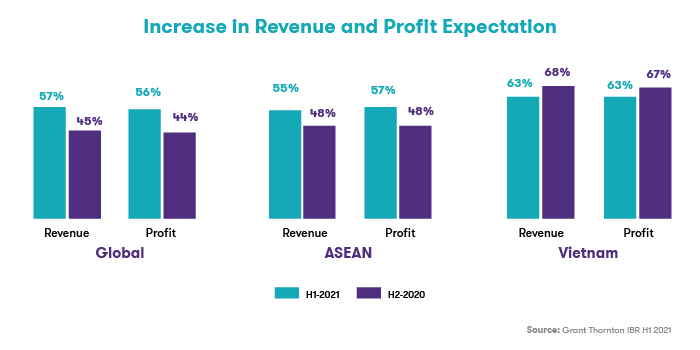 Economic uncertainty has risen to its highest level on record with 68% of companies identifying this as a constraint to growth, whilst shortage of orders has been cited as a concern by 65% of the companies.

In terms of the impact of Covid on Vietnamese companies 59% reported a decrease in sales, whilst 54% cited a loss of business opportunities probably due to the continuing barriers to travel. 41% of companies had faced difficulties because of supply chain interruptions and 40% had experienced work force issue. Another popular challenge citied by 45% of the companies was challenges managing stakeholders.

Approximately 90% of companies stated that they would be making major new investments in the coming 12 months. The top 4 categories for operating system investment were IT security management 55%, companywide IT infrastructure 49%, supply chain 46% and sales optimization and accuracy 44%. Interestingly 33% of companies were going to make investments into ERP systems.

For more information, please contact our expert. We are happy to support. 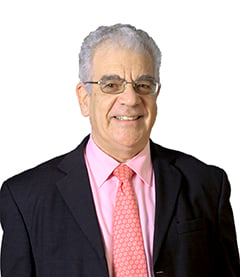