On International Women’s Day, a new report based on Grant Thornton International’s annual survey of 5,500 businesses in 36 economies reveals that the proportion of senior business roles held by women in APAC has risen from 23% in 2016 to 25% in 2017.

However, the findings show that progress remains slow. The figure for 2017 is an increase of just one percent from 2016, and the proportion has only improved six percent in the 13 years since the research began.

As the issue of uncertainty dominates the business agenda in 2017, Grant Thornton’s report, Women in Business: New perspectives on risk and reward, highlights the importance of gender diversity in senior teams tasked with managing risk.

Mrs Nguyen Thi Vinh Ha, Deputy General Director and Advisory Partner of Grant Thornton Vietnam said: “This year businesses across APAC have increased the proportion of senior roles held by women. However, we are still only halfway there, and with the percentage of businesses with no women in senior management also rising it feels as if we’re taking one step forward and one step back. This is a real concern for business growth as it suggests we aren’t maximising the potential out there.”

Mr Nguyen Chi Trung, Managing Partner of Grant Thornton Vietnam, commented: “The data for major economies is discouraging. The reasons for this lack of progress are many and varied, and they depend on the culture of individual businesses and the broader culture of the country or region in which they sit. However, this year we encountered a concerning sense that the issue has plateaued, as companies perhaps assume the diversity challenge has been dealt with. The evidence tells us this is not the case.

“Companies today need to be more productive, more innovative and in many ways more open if they are to grow. Diversity will be key to their success. Those that remain closed are putting themselves at risk of not tapping in to their full potential, and losing access to diversity of thinking.”

The Grant Thornton International Business Report (IBR) provides insight into the views and expectations of more than 10,000 businesses per year across 36 economies. This unique survey draws upon 22 years of trend data for most European participants and 11 years for many non-European economies.

IBR is a survey of both listed and privately held businesses. The data for this release is drawn from interviews with 5,506 chief executive officers, managing directors, chairmen or other senior executives from all industry sectors conducted between October and December 2016. 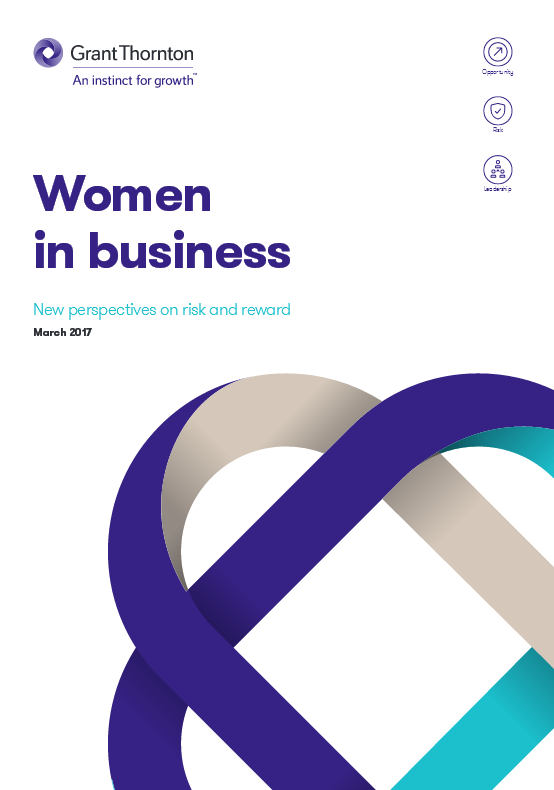